20 Richest Nigerian Musicians And Thier Net Worth, See Who Came 4th [Photos]

If you are interested in the world of music, you will probably want to know the answer to the question: “Who is the richest musician in Nigeria?” Of course, they are all talented, hardworking and each of them has a unique style of performing, but only the best of the best is on top of this list. Read on to find out the names of top 10 wealthiest musicians in the country

These people are household names in the Nigerian music industry, and all of them definitely deserve the fame they already possess. Besides, these famous and richest Nigerian musicians not only make money for themselves but also enhance the country’s reputation in Africa and worldwide.

Chinedu Okoli, popularly known as Flavour, is a Nigerian singer who began as a church drummer. In 2014, his song, Ada Ada was nominated for the Best Music Video award at the year’s MTV Africa Music Awards. Some of his most popular albums include Thankful, Uplifted, and Blessed. His current net worth is $9.5 million. 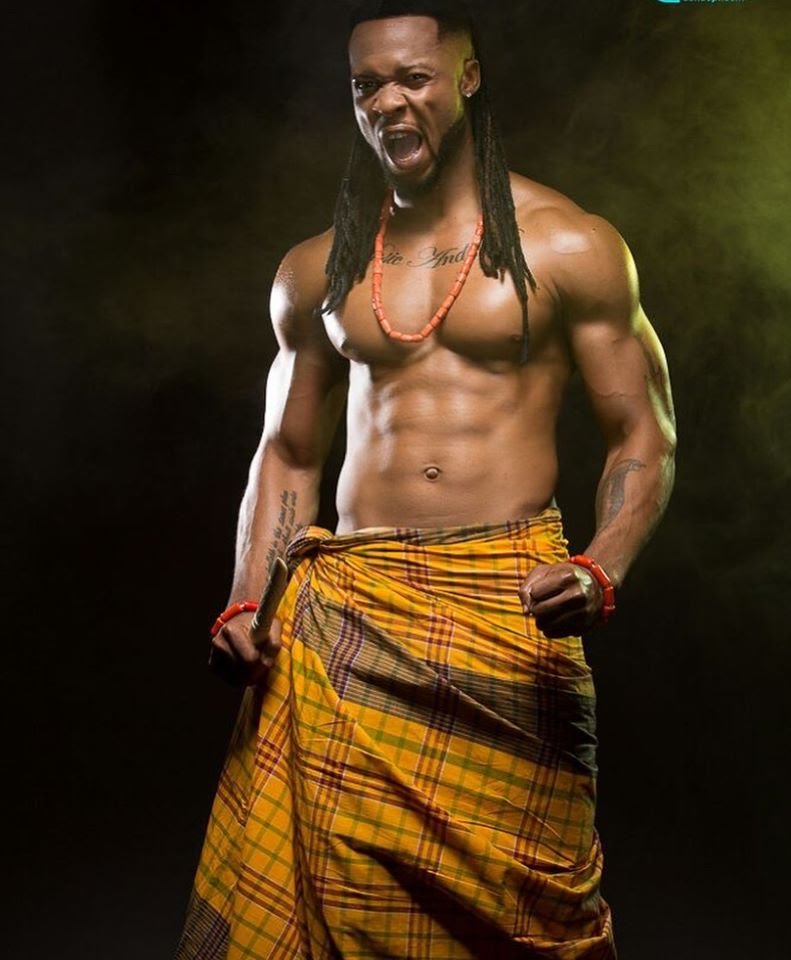 It is impossible to fail to mention the former popular duo P-Square created by Peter and Paul Okoye. The brothers take the ninth place in the list and have the same net worth.

Paul and Peter Okoye were born on November 18th, 1981 in Jos, Plateau State. The brothers created the extremely popular band P-Square which was one of the most famous duos in Nigerian music until they decided to go separate ways.

Paul Okoye now has a solo career (just like his brother) and is known under the stage name Rudeboy. Peter is building a career on his own too and has a lot of lucrative deals with KIA Motors and Olympic Milk. 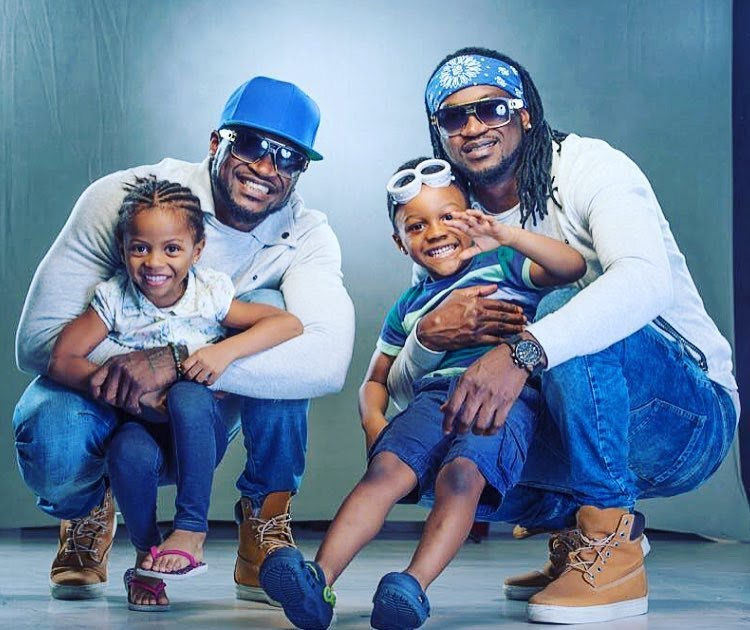 The brothers earned crazy amounts of money when they performed together. It was estimated that they used to get $150,000 per concert in Africa and had a luxurious life.

Among their possessions were a big house and a private jet. Today, they both appeared on the ninth position of the rating, and have only about $10 million each.

This popular celebrity’s real name is Enitimi Alfred Odom, and he was born in Port Harcourt, Rivers State, on August 15th, 1980. He started his singing and songwriting career when he founded the music group Dem Mama Soldiers.

In 2005, he began his solo career and released his debut album called True Story. It was followed by the next album Gift and Grace in 2008. After the release of his third studio album titled De Rebirth, Timaya rose to international recognition and prominence. 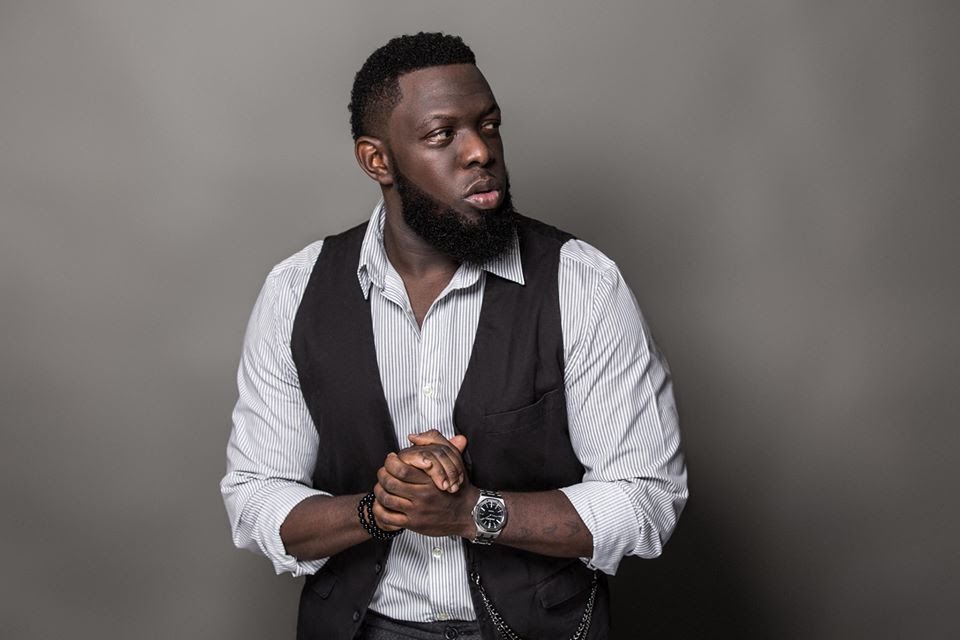 Today, Timaya has a total of six albums and a lot of singles. He is often called the Dancehall King of Nigeria because he is the most popular artist in this genre.

Through singing, he earned enough money to buy a huge house, decorated in white, with big pictures on the walls, a swimming pool, large windows and soft, colourful carpets. He can really afford it because Timaya net worth is estimated at $10.5 million.

The musician’s stage name, Phyno, means phenomenal. The singer is indeed a phenomenal personality because he has many talents and desires.

The man wanted to be a pilot, doctor, he played drums and piano, and at the same time could create his rendition of every recording he heard. Fortunately, he had chosen to become a musician, and it was the right choice that brought him $11 million and made Phyno one of the world’s household names in music.

The singer started his career in 2003 and even moved to Lagos for his careers. He has also acted as a producer for such well-known stars as Flavour, Timaya, Mr Raw and several others.

Olamide Adedeji is known in Nigeria as Olamide (his other nicknames are Olamide Baddo and BaddoSneh). He is a rising superstar of the Nigerian hip-hop music genre. The singer was born on March 15th, 1989, in Bariga, Lagos State. He is known for recording mostly in his native language, Yoruba.

His career blossomed in 2010 when he released his single Eni Duro and in 2011 his album Rapsodi. The successful album was followed by the second album YBNL, which featured a few hit singles that made Olamide popular in no time.

Today, he has seven studio albums and is featured on one compilation recording. He has won many awards like a NEA, at the most prestigious Nigerian and African award ceremonies. 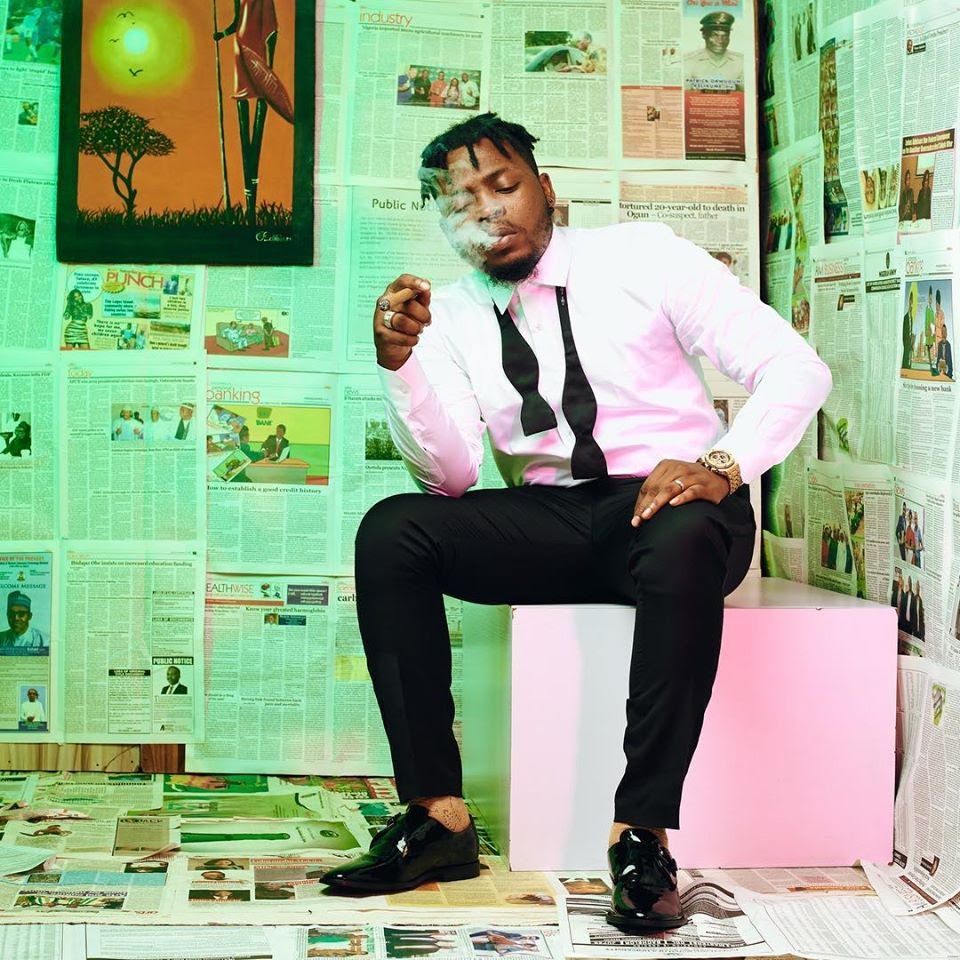 Olamide was also the first Nigerian celebrity to sign an endorsement deal with Ciroc. Currently, Olamide’s current net worth is about $12 million.

Ujah Idibia, who is better known under his stage names 2Face and 2Baba, takes the fifth position on the list of the most successful and the wealthiest Nigerian musicians.

This talented man was born on September 18th, 1975, in Jos. The singer’s career started from zero: he performed at schools, and then at universities. Moreover, he had to interrupt his own education to concentrate on his career. 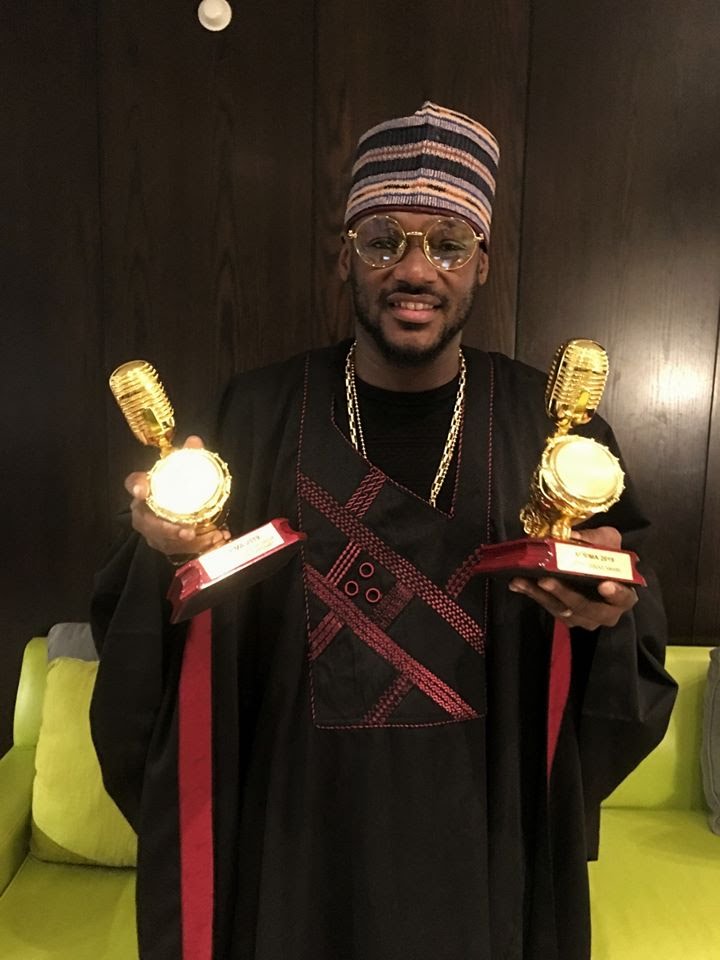 He worked hard, and currently, is one of the best-known Afropop musicians. Since 2004, when his debut album Face 2 Face saw the world, he has released six albums

His musical compositions have brought him a number of award like a BET Award, an MTV Europe Music Award, the Headies Award, and a net worth estimated at $16 million today.

Damini Ogulu, commonly known as Burna Boy, is a popular Nigerian singer and songwriter. His 2012 track, Like to Party, propelled him to fame.

In 2017, the singer signed with Bad Habit/Atlantic Records. The singer’s net worth is currently estimated at $17 million. His income comes from the sale of music, endorsement deals and other investments.

Famous Nigerian producer and singer Don Jazzy became rich and famous due to his musical talent, persistence, and ability to interact with people.

His real name is Michael Collins Ajereh, and he was born on November 26th, 1982 in Umuahia, Abia State. Don Jazzy is the founder of the label Mo’Hits Records. It was founded due to the collaboration with D’Banj.

Don Jazzy and D’Banj stopped working together in 2012, and Don Jazzy did not waste time. He shortly announced that he created a new label called Mavin Records. 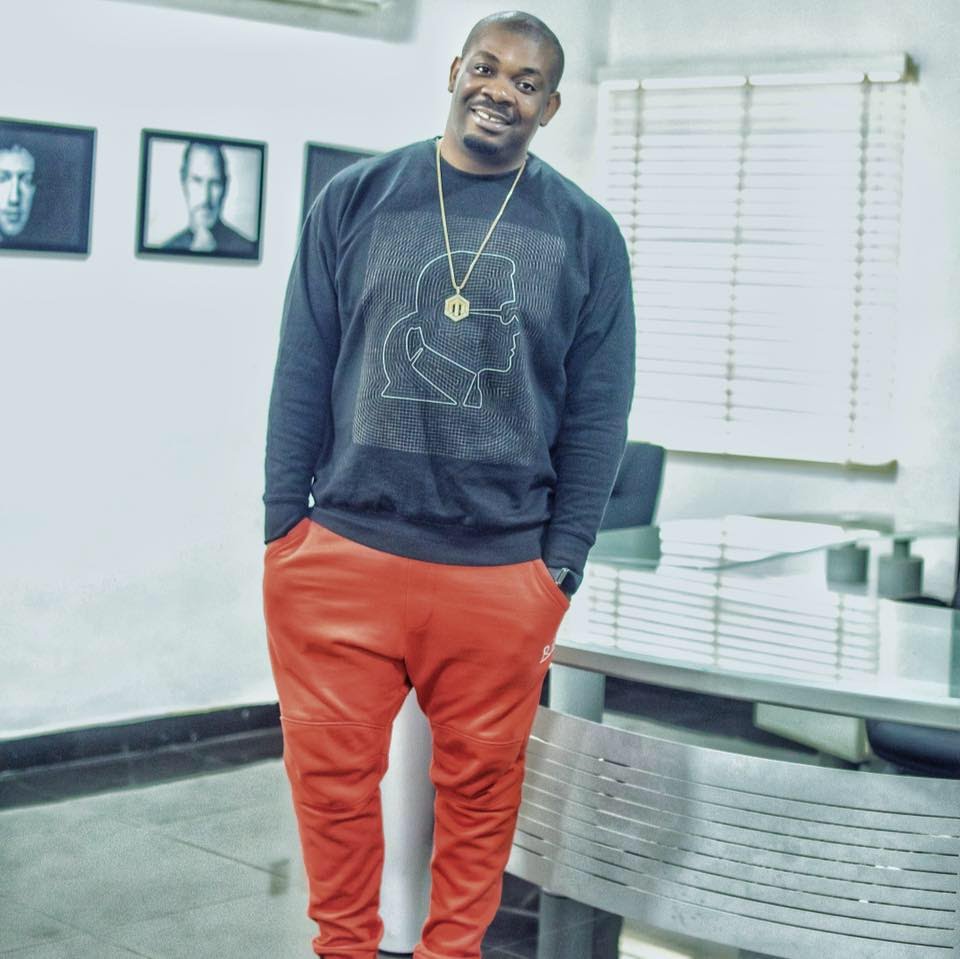 The musician began his collaboration with such stars as Dr SID, Tiwa Savage, Wande Coal, Reekado Banks, Korede Bello, Di’Ja, and many others.

Aside from singing and producing, he also has profitable contracts with such companies as MTN and Loya Milk. Don Jazzy net worth is estimated at $18.5 Million today, and he possesses property in the Banana Island and several cars like a Porsche Carrera and Bentley.

Davido is the second-richest musician in Nigeria. Davido’s songs gather a crazy number of views on YouTube, and he has a lot of endorsement deals with companies such as AXE and Infinix Mobility. Davido was born on November 21st, 1992 in Atlanta, the United States, but his family is Nigerian. This extremely popular young singer and entertainer has managed to earn impressive $19 Million.

After the release of his debut record Omo Baba Olowo which featured some hit singles, Davido gained prominence in Nigeria and Africa. Since then, he has released countless singles which have brought him popularity, money and international recognition. 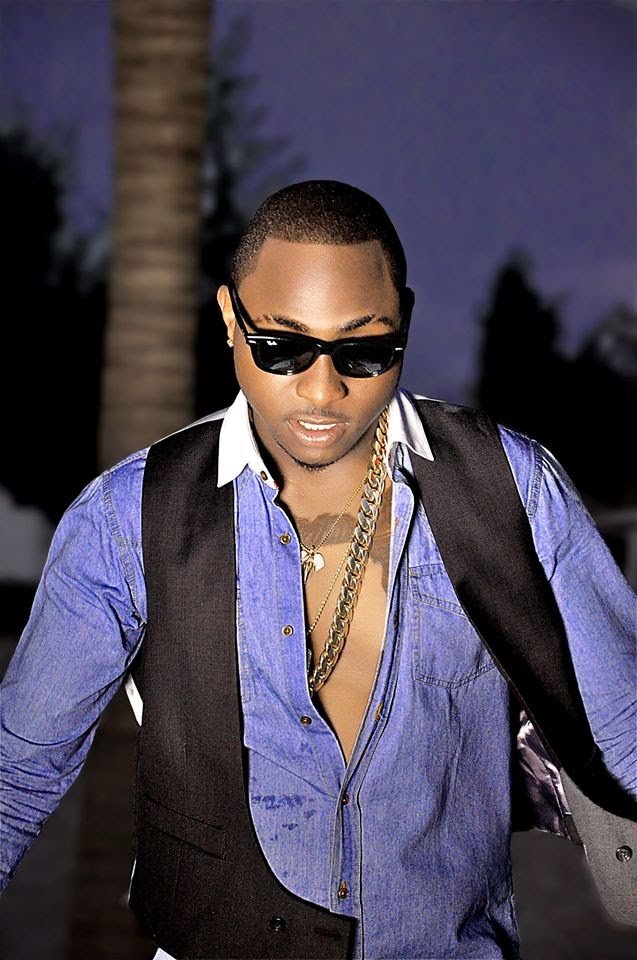 He owns several houses (one of them is located in the USA), and several cars like a Porsche, Range Rover Sport and Chevrolet Camaro.

Ayodeji Ibrahim Balogun, better known as Wizkid, used to be a simple boy who adored singing and had enough talent and passion for music recording. He was born in Surulere in Lagos State, on July 16th, 1990.

He released a collaboration album at the age of 11 with the group Glorious Five, which was formed by him and his friends in a church. He is also known as StarBoy and Lil Prinz. 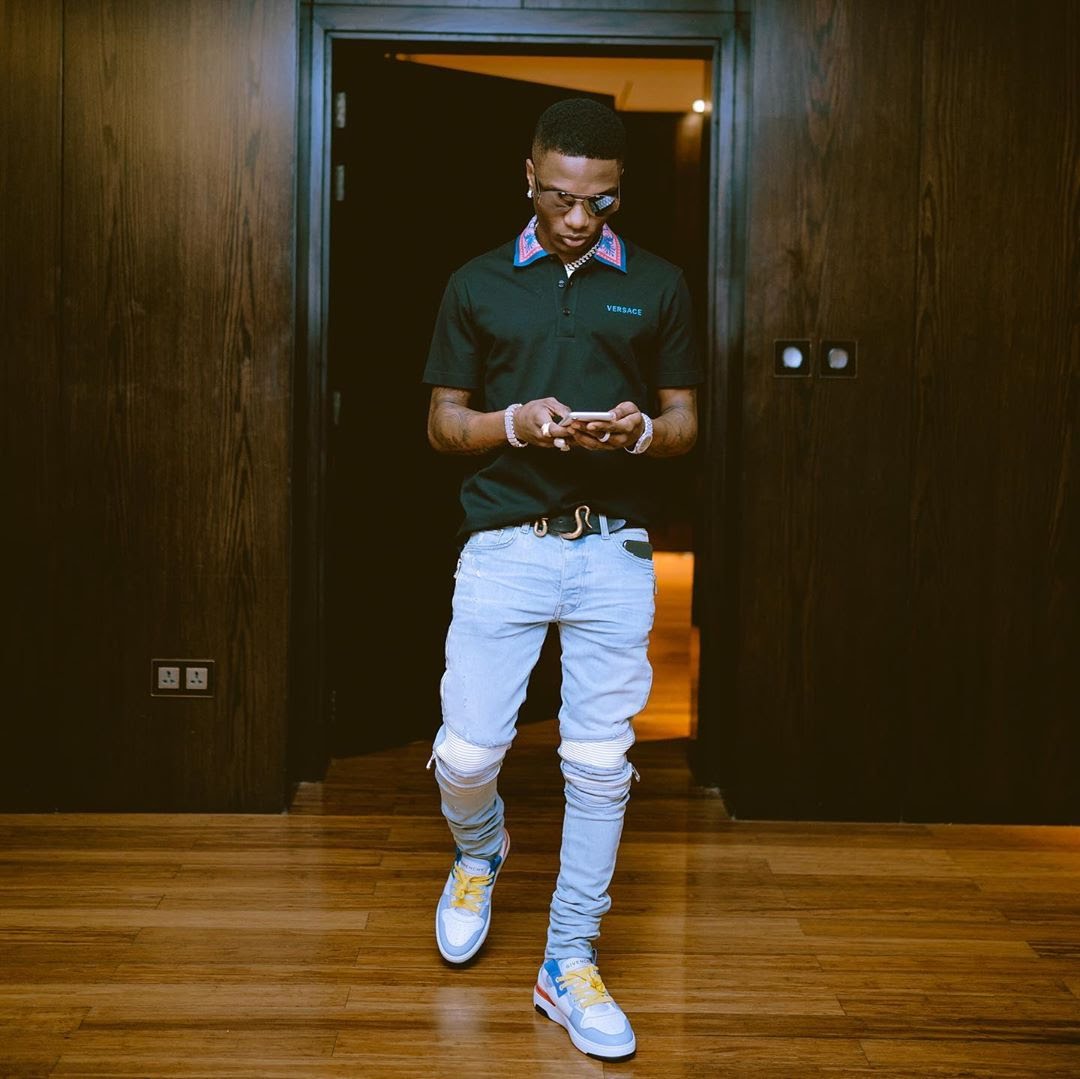 He gained popularity with the release of Holla at Your Boy, the song from his debut album Superstar in 2010.

Later, he has released three mega-successful albums, as well as one compilation album and even recorded a hit song One Dance with famous music performer Drake. This song appeared in Guinness World Records. Therefore, Wizkid became the first Afrobeat musician whose name was included in this book.

He also has a lot of endorsement deals with such companies as Glo and Pepsi. Wizkid has managed to earn his impressive $20 Million and buy two houses in Nigeria and US along with a Porsche Panamera, Mercedez Benz and BMW X6.