It is no news that many nations of the world have been badly ravaged by a deadly virus known as Coronavirus which has prompted a lot of governments to take drastic precautionary measures in withering down the widespread of the respiratory disease.

On the 28th of February, the Federal Ministry of Health confirmed its first coronavirus disease case in Lagos which has increased exponentially to 66 in the last couple of weeks and some very influential Nigerians are amongst the afflicted.

Here is a list of some of the high and mighty Nigerians who have tested to Coronavirus and die from it. 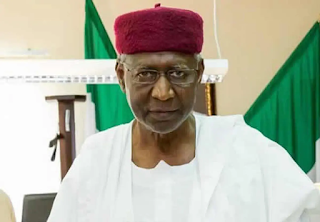 Chief of Staff to President Muhammad Buhari, Abba Kyari tested positive to Coronavirus on the 25th of March 2020. According to the National Centre for Disease Control (NCDC) who made this revelation in a tweet, of two new cases found in Abuja where the Abba Kyari was situated. The chief of staff was said to have just returned from Germany where he went to negotiate a deal with Siemens AG. Kyari is still receiving treatment at the moment. 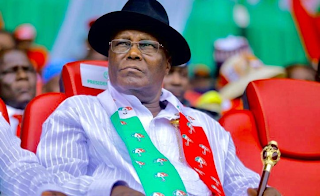 Former Vice President of Nigeria, Atiku Abubakar’s son is amongst Nigerians who tested positive to the Coronavirus (COVID-19). The Ex Vice president took to his tweet handle on Sunday night to announce that one of his sons(Unnamed) had tested positive to the deadly virus. According to the tweet made by the vice president which garnered over 21,000retweets, he informed @NCDCGov and revealed that his son has been moved to Gwagwalada Specialist Teaching Hospital in Abuja for treatment and management. 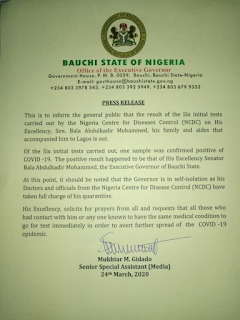 According to the governor’s spokeman, Muktar Gidado who revealed the National Center for Disease Control had performed six tests on the Governor after which he tested positive for COVID-19. 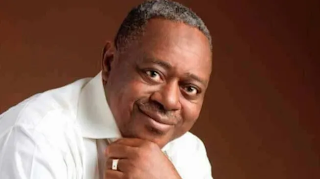 Former Managing director of Pipelines and Product Marketing Company, (PPMC) Suleiman Achimugu is the first person to die of coronavirus disease in Nigeria days after testing positive to the disease.

According to the Nigeria Centre For Disease Control announced his death via social media, the 67-year-old male died of COVID19 days after returning home following medical treatment in the UK. 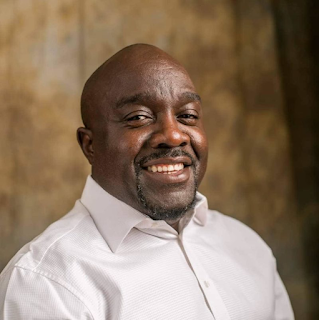 The former Ogun State Commissioner of Youth and Sports, Bukola Olopade, has confirmed via his social media handle to testing positive to the coronavirus.

Bukola Olopade is the first person in sports to have tested positive to coronavirus.